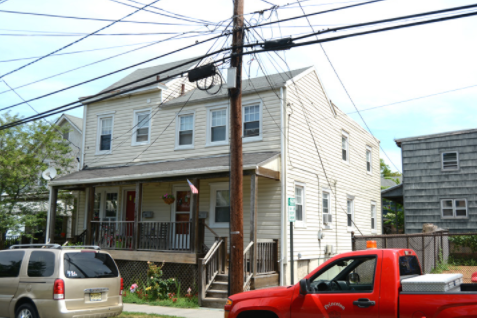 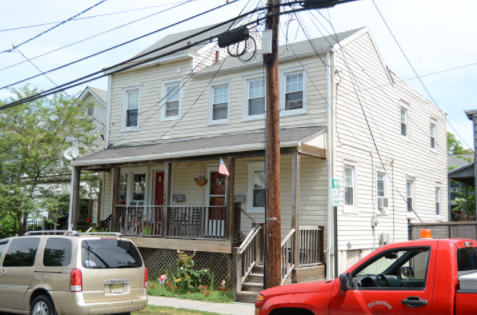 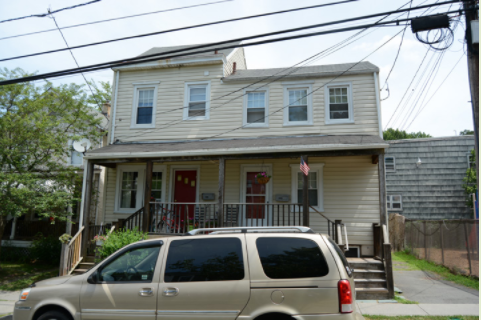 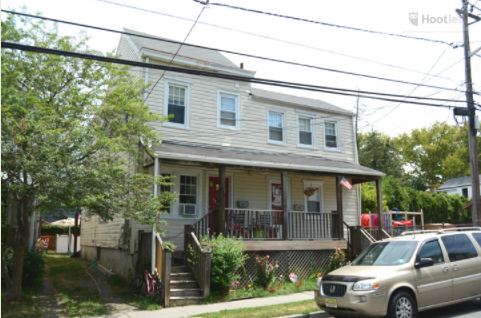 This vinyl-clad multifamily residence is two separate buildings 229 (north) and 227 (south) joined together. The taller north part is a two-bay gabled block abutting a lower three-bay portion also gabled with the ridge parallel to the street. Both parts sit on a raised foundation with a common first-floor height denoted by the full-width porch approached by wood stairs at either end. Everything below the shed roof appears to be replacement construction, including the square posts and framing members. All of the windows are six over one replacement units. They are all the same size on the southern (right) three-bay portion with an entrance door directly below the left-hand window and one other first-floor unit not aligned. On the left side, the second-floor windows are different sizes, the larger on the left side. There are paired units to the left of the other front door to the residence. There is a two-bay shed roof extension the same depth as the front block across the entire rear. The four first-floor windows on the south facade are evenly spaced front to back, and there are two second-floor units in the extension. The north gable end elevation has four windows, two over two, and the extension has three, one over two.

This house was the long-time residence of Albert Edward Hinds (1902- 2006), a highly regarded member of the African American community in Princeton; the plaza adjacent to the Princeton Public Library was named in his honor. Mr. Hinds had several occupations throughout his long life. In his early years, he served on the team of workers who paved Nassau Street through Princeton. He also shined shoes, delivered milk, drove a horse-drawn taxi, and worked for University professors. Later in his life, Mr. Hinds mentored students, served on the Princeton Planning Board, served on the board of the Historical Society of Princeton, and taught bridge to senior citizens.