John Street serves as the western boundary of the Witherspoon Street neighborhood between Paul Robeson Place and Leigh Avenue. From Green to Clay the side streets that extend westerly from Witherspoon all terminate at John Street, and no other through streets extend westerly from there. John Street is narrow, carrying only northbound one-way traffic, and the houses along it date chiefly from the middle to late 19th century and present a mixture of styles. The streetscape consists of 2 and 2½ story houses on small lots, gables generally parallel to the street. The best way to approach this neighborhood is from Chambers Street or Paul Robeson Place. This area, at the northern end of John Street, has been landscaped with the construction of Paul Robeson Place creating a shady and pleasant entrance. The crosswalks with Green Street near this location here are brick, creating a very orderly appearance at the 3-way intersection framed by Dorothea House to the west. The First Baptist Church on the east side and Dorothea’s House on the west side define this corner. As one moves north, the street slopes gradually down to Leigh and Birch Avenues, with mainly residential construction the entire length. For the most part, the buildings here are well-kept.

Moving northward from Green Street, Nos. 124-28 is a mixed-use building, #125, for example, retains its original porch. The residences on the west side of John Street between Green and Quarry Streets are some of the neighborhood’s most dense construction. Full-width porches are common along the fronts of these buildings, though in some cases new materials have been substituted. Nos. 146-48, 150-52, and 154-56 are all double houses of the mid-19th century construction. Numbers 155, 161, and 165 are 3-bay houses, also of the mid-19th century construction, of varying setbacks.

A few houses exhibit minor Italianate details, but most houses here have lost some or most of their original façade material (most exhibit aluminum or vinyl siding, with replacement windows). Margerum Court extends from John Street to the westerly from John Street just north of the intersection of John and Quarry (see form 1109-7-S12), essentially acting as a private driveway. On the southeast corner of John and Maclean Streets stands the 3-story Masonic Temple, soon to be converted into apartments. At the northeast corner of Lytle Street is Mary Moss Park, a small community playground with a wading pool. A former basketball court at the northeast corner of John and Clay Streets, and noted on the 1980 streetscape form for John Street, now consists of townhouses. The two-story units face John Street. John Street terminates at Community Park, north of Birch Avenue. 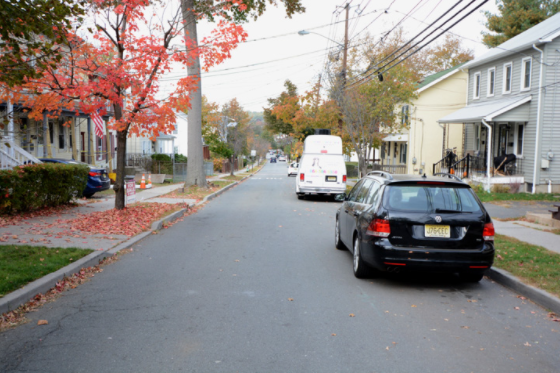 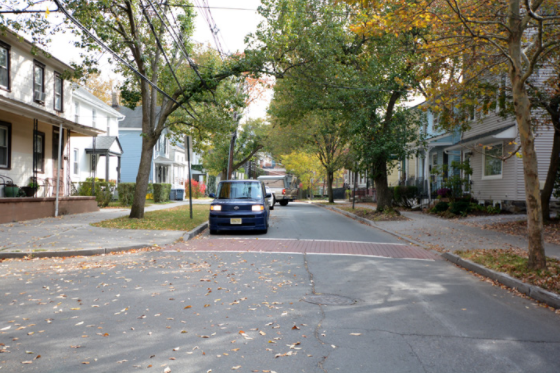 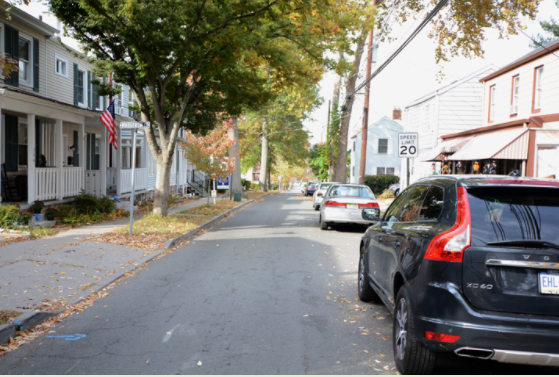 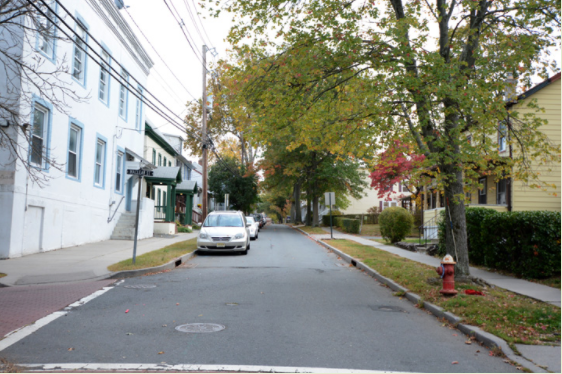 *Information regarding streetscapes is based a streetscape inventory conducted in 1980 with information placed on the NJ Historical Commission's Streetscape Inventory Forms. Pertinent information - description, history, number of resources, etc. was revised based on the 2015 survey of Witherspoon-Jackson neighborhood resulting in the information below. Numbers such as "1109-7-S7" refer to the individual 1980 Streetscape forms.