EMERGENCY ALERT Do you have flood damage from Hurricane Ida? Read On... Princeton COVID-19 Information & News Read On... 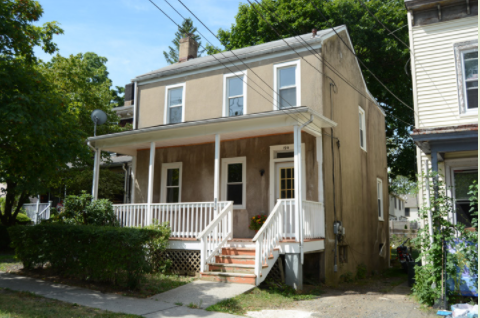 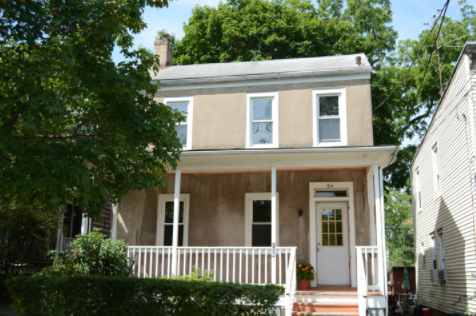 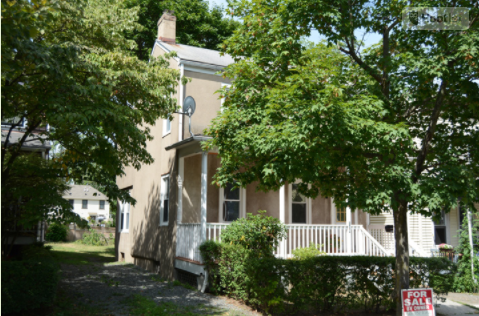 The house on the property is a 2-story vernacular building facing east onto John Street, with a 2-story rear addition. The building consists of an end-gabled core facing onto John Street and a 2-story shed-roofed rear addition. Both sections have asphalt shingles on the roof and stuccoed walls. A small stuccoed chimney on the south end is located on the ridge. All windows are replacement 1x1 double-hung sash units with wide surrounds. On the main (east) elevation, windows are not symmetrically spaced, although they are aligned vertically and horizontally. A replacement door in the north bay is a replacement unit opening below a single light transom. The front porch is a hipped roof element with four thin columns attached by a light railing. The end wall of the core has a single rank of windows on each end. The foundation of the core is stone. The rear addition has 1x1 double-hung sash windows, arranged asymmetrically. Some windows on the rear addition are paired. The rear section has a concrete foundation.

The house was constructed c. 1920. Historic maps as late as the Sanborn atlas of 1918 show a vacant lot in this location. The house first appears on the Franklin Survey Atlas of 1930 and appears on all subsequent historic aerials.